Undoubtedly, technology has enhanced the educational sector significantly. The advent of technology and innovations have brought a massive change to the way schools function today. Teachers now have new tools and devices to teach their students.

Students are also exposed to better ways of learning, which helps them to learn much faster. Technology even makes it easy for many students to learn and comprehend things much faster than the traditional way of learning.

With every passing year, students are more comfortable and wired to use computers in different aspects of their lives. With everything revolving around technology today, it is easy to see why the addition of iPads to schools is a logical move.

The introduction of iPads in Schools Raise Some Eyebrows.

The use of technology as a teaching aid has not been much of an issue over the years. However, the introduction of iPads to the classroom seems to be dragging a lot of attention. In the tablet computer market, iPads seem to be the best because of their functionality and simplicity.

The use of iPads in schools offers students practice with state-of-the-art technology. In addition to helping them to learn much faster, this learning strategy will challenge and prepare these students for life after school, especially their careers. Students struggling with less dynamic learning approaches also benefit from the multimodal learning opportunity that iPads offer.

Nevertheless, not every parent or guardian is satisfied with the introduction of iPads in the classroom. According to The Irish Times, at Ratoath College, more than 700 parents are not happy with the school management because of its iPad-only policy for junior cycle students.

Parents are concerned about the exposure of their children to iPad. Most of them are worried about excessive screen time and that it would harm their children’s education. But, interestingly, many parents are supporting the move of the school, saying that digital technology is highly essential in preparing children for the modern world.

There has been serious debate about this issue, as feelings are running unusually high. The good and bad of smartphones, iPads, and other computers and tablets in the school has become a debate raging across the country. Both parties of the debate point to studies and research works that either question or support the use of technology in the school. Hence, for educators and parents, all of whom are looking for what is best for their young ones, it can be tough to figure out what is best.

Will iPads Dominate the Classroom?

Photo by Robo Wunderkind on Unsplash

The iPad debate does not seem to be ending anytime soon. Another major argument about introducing iPads to the school is that they are cost-efficient in the long run. Currently, many schools are spending a huge amount of money on desktop computers. An iPad, with all its functionalities and compatibility, is more affordable than a desktop computer.

For the same cost, schools could get more iPads for their students than desktop computers. In addition, electronic copies with lower price points can replace expensive textbooks and workbooks. Another major advantage of the iPad is that it is simpler to operate and more portable.

The portability and compact design of iPads also offer a unique set of advantages. Since they are portable, it means that desktop computers no longer have to be bound to the corner of the classroom or a computer lab. This would increase the accessibility to computing devices such as the iPad, as students will be able to enjoy the benefits of tech education right from the comfort of their classroom without having to go to the computer lab.

Since iPads are very easy to use, students and teachers would no longer need the tedious instructions needed to set up a computer desktop. Hence, this will help to mitigate the lost instructional time and the need for a professional technician or technical support.

The Battle for the use of iPads in Schools Has Been a Long Time Coming. 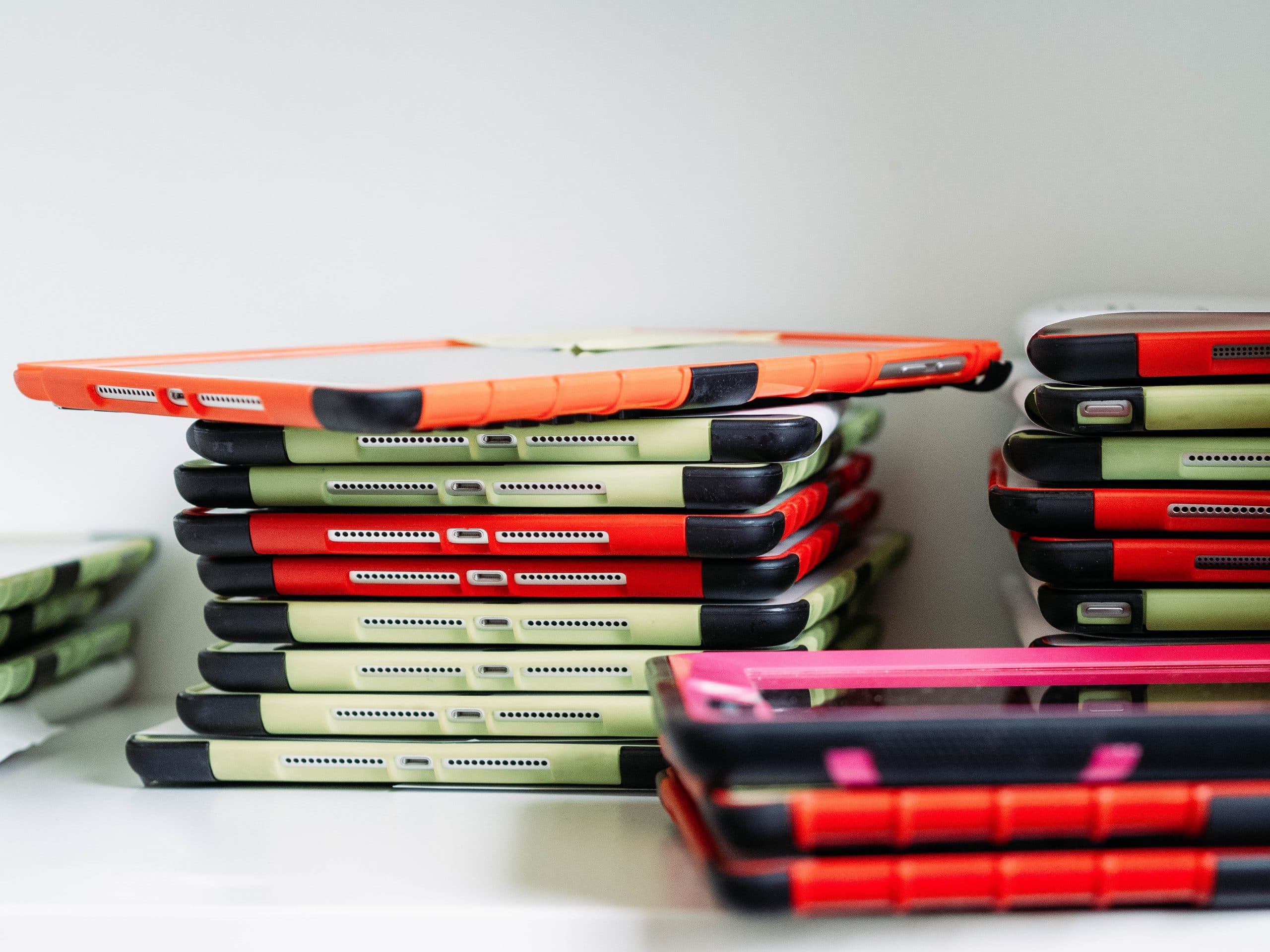 Back in February 2013, many students of district 16 schools were given iPads for academic purposes. There was also a debate about whether or not it is right for students to use iPads in the classroom. Many believed that the development could be a great technological advancement for teachers and students of District 16 schools. However, there were a handful of people that believed iPads would do more harm than good.

Many parents are worried that these iPads would distract their children in the classroom. While this is true to an extent, many students disagree with it. Some students said iPads help to keep them active, as there is always a tool to keep them busy.

iPads tend to offer more, as electronic textbooks are more likely to replace textbooks and workbooks. They are also much cheaper and easily accessible. In addition, with digital textbooks, students will be able to hear sounds and videos that will teach more about the book, making it easier for them to comprehend and remember things faster. At this point, iPads are more of a blessing than a curse, but it might be too early to tell.

How Has This Pandemic Changed the Way We Work From Home